I’m happy to announce the autumn tour of Don’t from Portland touring in September and October 2014 in Germany, Denmark, Czech Republic, Austria, Slovenia, Italy and France.

„Don’t is a band that is best described as being of the garage persuasion with hints of surf and punk thrown in. Fronted by the striking Jenny Don’t the band also includes Sam Henry on drums, a man who has been inducted into the Oregon Music Hall of Fame, partially due to the fact that he was the drummer for The Wipers, one of the most well-known bands from that region. Musically the songs on this new release are laid back with Jenny DON’T providing a luxurious vocal performance that has a soothing quality to it, just right for kicking back and relaxing, as you drink whatever poison is needed to reset the levels of normalcy after the tedium of work.“ – Punknews.org 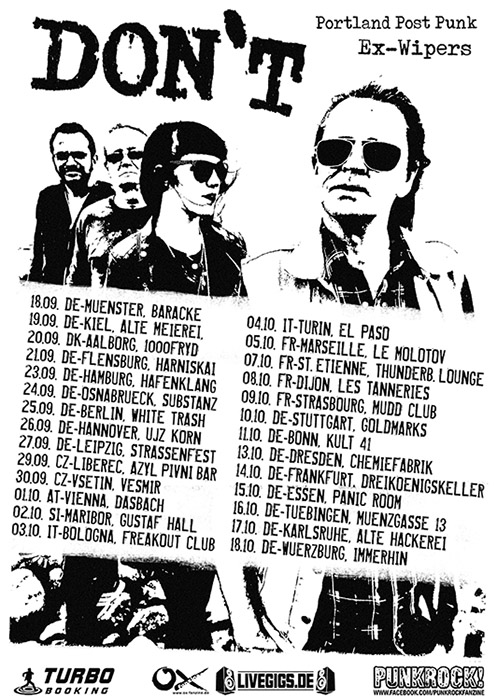