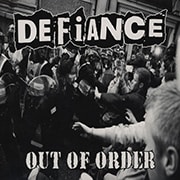 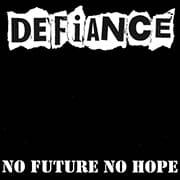 Since 1989 Citizen Fish has been touring the world: turning gatherings, benefits, and social gigs into an international never-ending weekend. They have created a blend of punk, ska, and straight up rock'n'roll that appeals to the sing-a-long music fans and even the "muso" musician types that typically dismiss punks as not being able to play their instruments.

But it's not so much the fact that these dudes are the most talented musicians in England, it's what they say and how they say it. In a fun loving, all inclusive way, Citizen Fish (and their previous outfits Culture Shock and the legendary Subhumans) have brought working class radical politics to generations of questioning minds. Leaving aside the typical screaming rants of boring political punk bands, the Fish offer a hopeful, danceable alternative.

Whereas other bands have fans, admirers, and flavor-of-the-month teenyboppers hoarding to their concerts, Citizen Fish have established an open and always growing family. The idealistic unifying tone of Dick's lyrics, coupled with the catchy driving riffs of the band, allow the Fish to appeal to a wide variety of folks.

Familiar dancing faces in every town, beers and vegetarian meals, and local activists filling the gig halls with information, ideas, and inspiration for positive change is what Citizen Fish are all about.

"Its scary how much a sound this rare and aged can suddenly be dragged kicking and screaming into modern relevance. CITIZEN FISH are a wonder of nature, they should not be able to inspire these feelings, being as they are 'just a punk band...'"
- Subba-Cultcha.com

"There is nothing diluted about Citizen Fish’s musically delivery – As expected of a band with such an extensive history they have got better with age; the Fish now deliver some of the finest ska-punk around, each separate ingredient would in its own right be regarded as exemplary – the blending of full on hardcore with jaunty brass-fuelled ska is joyous; the brass is warm, subtle even, it doesn’t, like many other ska releases overpower the music – this at times is even soulful!"
- LouderThanWar.com

"As a whole, this album fucking rules. I didn’t expect anything less from these dudes, as most things they’ve released have been SKAtastically entertaining."
- PunkWorldNews.com

"Their set was energetic, skilfully imposing with its Ska rhythms, jabbing beat and suitably refreshing lyrics. Led by Dick Lucas, the band turned back time, beyond their early 1990 humble beginnings, to the late 1970’s, early 80’s message of non-conformity and free thinking acceptance. The post-punk phase may be all but consigned to certain bands, which regretfully don’t get the air play they deserve, however this fusion of Ska/punk/rock was very well received and immensely enjoyable... The tracks were pulsating and intense and Dick Lucas bounced and weaved throughout it all. Songs such as Habit, Back to Square One, the brilliantly observed HD Riot and Human Conditioner were simply excellent."
- Liverpool Sound and Vision

"As with his other band the Subhumans, Lucas adds political rants and social commentary into Citizen Fish at every opportunity – often blaming the introduction of television as the result in the decline of human development, however whereby the awesome Subhumans are a straight to the point punk outfit Citizen Fish are more uplifting with their horn section and ska-influences making you feel the need to dance along as they blasted through songs drawn heavily from their 2011 release “Goods” as well as earlier recordings. The venue at around one hundred capacity was rammed and although it was stupidly hot the condensation dripping off the walls added to the atmosphere, after all this was good old fashioned ska-punk at its finest and Citizen Fish had the crowd literally bouncing as you felt the floor vibrate underneath."
- Mr Teeth Reviews

Subhumans were, between 1980-85, one of the most prolific and original of the evolving UK punk scene. Musical influences were a mix of Sex Pistols, Damned, and similar punk originators and prepunk bands like King Crimson and Frank Zappa, which led to a style of punk more intricate in its structure than their contemporaries, without losing the base energy and dynamics of punk.

Dick's lyrics, at once socially aware and heavily critical of social norms, placed them in the anarcho-punk area, alongside Crass, Antisect, Conflict, and Flux of Pink Indians, who released the band's first 3 EPs and their first LP "The Day The Country Died", which became an instant classic.

In '83 they formed their own label, Bluurg Records, and released the "From the Cradle to the Grave" LP after splitting up in '85. By then they'd played 262 gigs including several European tours and 2 in the USA (which was in the 80's a rare achievement for a non-commercially minded band).

Dick went on to join seminal ska-punk-reggae band Culture Shock, and met up with Phil and Trotsky again in Citizen Fish, who have so far recorded 7 LPs of their politipunk-ska songs and clocked up over 1000 gigs across the planet. Then in '98 these 3 ex-Subhumans roped Bruce back in to reform Subhumans, to 'see what it felt like', and, it feeling rather excellent, have kept going with occasional touring and a limited release CD of old unused songs, "Unfinished Business".

Since then, Subhumans have released a new album, "Internal Riot", and toured regularly in Europe, the USA and Australia.

Queens of the Stone Age recorded and released their version of a Subs song 'Wake Up Screaming', and the film director Asia Argento has asked to use Subs music in her adaptation of "The Heart is Deceitful Above All Things".


"Frontman Dick Lucas is totally engaging. There is a fierce intelligence here in his lyrics, his delivery and his between song banter where his passion for the old school punk political hits home. They play fast and there is a wild, feral energy to what they do. They have this punk rock thing so honed down, so perfect - the fluidity of the rhythm section, mind boggling brilliant bass lines from Phil to let yourself go to and Trotsky's stop start drums that never settle for a boring 4/4 when something more exciting will do are so effective. Bruce's rasping punk rock guitar completes the perfect backdrop for Dick's passionate delivery - he works himself up into a sweatshod frenzy as the band hit the stage in top gear and never leave that level of intensity. If you still need any proof of the intelligence and anti establishment smarts in punk rock then the Subhumans are still out there, still meaning something and still making sense in a senseless world."
- Louderthanwar.com

"Considering how long this band have been going it’s incredible how much energy they still display when they play live. Frontman and lyricist Dick Lucas is still an absolute inspiration. Somehow he doesn’t seem to have aged a bit proving that the anarcho punk lifestyle is obviously good for your health. Incredible band."
- Caughtinthecrossfire.com

"Even some 13 years since their previous release, the Subhumans manage to pull an incredible crowd, that is more than willing to join in with many of the songs: affirming the true test of whether a band’s appeal is more than just contemporary. Original fans may feel a little cheated to see 25 past songs included but it serves as a reminder of the quality of music in the not so distant past and will certainly introduce a younger generation to the punk that inspired a whole new musical scene. It seems quite incredible that the Subhumans have managed to produce a record so encompassing of their musical careers, yet take that music to even higher levels. This 5th Fat Wreck Chords 'Live In A Dive' release has to rate as one of the best so far. Quite simply: we need more of this around!"
- Pennyblackmusic.co.uk