The Dizzy Brains are a garage rock band, inspired by The Sonics, as there are many around the world, except for Madagascar, one of the poorest and most corrupt countries in the world and the birthplace of the quartet. Founded by two brothers, Eddy on vocals and Mahefa on bass, the group fights injustice, lack of possibilities and freedom restriction in the everyday life of the islanders.

Their influences come from bands from their fathers’ generation (The Kings, The Stooges, The Vines etc.). That’s where they found their love for unbridled rock’n’roll (choosing Little Richard over Presley), garage style and psyched atmosphere. They even covered Jacques Dutronc’s "Les Cactus" in a version full of thorns. And it’s more than music. They are sharing a piece of themselves including their bravery and vulnerability.

They are the face of the opposition in their country, Madagascar’s youth trying to survive while going against the political system. This is their passion for life that shines off during their concerts.

The Dizzy Brains are regular guests in French TV and have toured in Germany, the Netherlands, France, the UK, South Korea etc. In 2019, they will bring their brand new second album "Tany Razana" to Europe, like the first one published by the French label X-Ray Production.


"Garage rock by its nature is simple to play – its the entry point for nearly every guitar mangler on the planet and consequently can be a hit or miss afafair but when it is played with this much fire, intensity and imagination it can sound like one of the most thrilling types of music on the planet. Try and magazine watching the Stooges at their feral pre fame best complete witha skinny Madagascan hanging from the mic with his shirt stripped off like a youthful Iggy, or try to imagine the garage end of the Dead Kennedys cranked through the superfuzz of Mudhoney and that thrilling rush of early Nirvana and you are in the ballpark witha band who pique your curiosity with their home country but transcend it with their unrelenting power and twitching energy. With each song being a lesson in tension and dynamics The Dizzy Brains could actually be the best garage rock band in the world, they are that good…"
- Louder Than War, May 2017, Live Review

"Check it out. Its easy to see why they are a great band to have at any festival, as they bring with them energy, up beat rock songs to have any crowd dancing about. A young rock group from Madagascar The Dizzy Brains is capturing the imagination and attention of the music scene in Europe. The band’s unique style is a blend of punk and garage rock and their provocative lyrics tell stories about politics, power and protest in Madagascar. Since their songs challenge authority, the band was shunned from most concert venues and radio stations in Madagascar, but the band developed quite a following underground on social media and outside the country... The Dizzy Brains grabbed audiences in France after their appearance on the popular French television show 'Le Petit Journal' on April 14, 2016. During the show, one member of the band sparked a buzz on Malagasy social networks and blogs because he openly challenged Madagascar’s new prime minister, urging him on to do more for the country: 'just do your job, man!' This bold and spontaneous plea was the talk of the town in Madagascar for a while and fitted quite well with the group’s musical identity based on protest and civic engagement... The group continues to tour Europe and the young musicians continue to educate the world on their home country of Madagascar."
- 5shouts.com

"These kids absolutely rock. They are going to make the fire, I’m sure of it. Because rock, in the end, is the vehicle of rebellion, and that’s without a doubt a little lost in the West. While in Madagascar, what they’re singing has meaning. This is coming from the streets."
- Jean-Louis Brossard, director of the Trans-Musicales festival in Rennes

Dizzy Brains – Out Of The Cage 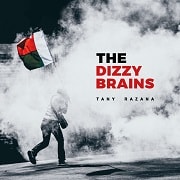 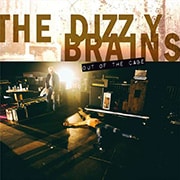 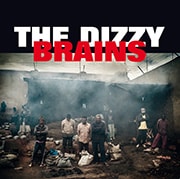 A veteran of Seoul’s indie scene, Hong previously played guitar for hardcore and punk bands like Combative Post and Sweet Guerillaz along with the psych- and pop-tinged garage rock act The Infamous Orchestra.

In December 2013, less than two months after their live debut, Dead Buttons traveled to Tokyo to perform at the Japan-Korea Punk Festival.

In May 2015 Dead Buttons published their first EP "Whoever You Are". Whereas the band’s early material had more of a garage punk feel, "Whoever You Are" boasts a wider array mixing garage rock, blues, country, punk, and psychedelic music. Subsequently Dead Buttons performed several gigs in the UK, Germany, Switzerland and France including the Liverpool Sound City festival and the Primavera festival in Barcelona.

"…fast, catchy, energetic, reckless and tongue-in-cheek straightforward garage rock, rockabilly and country blues in a terrific mix… great melodies and raw, rocking riffs... Definitely a band that is worth checking out for any rock fan."
- Mikkel Falk Moller, GAFFA.dk

"Dead Buttons hooked their crowd in unlike anyone else I’d seen at the festival. Dead Buttons are accessible to all, taking a more international approach to the rock scene, and singing in English. It is maybe this more international styling that has audiences so hooked by them, they are a shining example of what the Korean Indie scene has to offer."
- Unitedkpop.com, Live review

"The sound is really garage-y, bit gritty, sometimes punk – a sound I have loved for as long as I can remember. So far, I have loved turning this up loud in the car and just singing along with it, but it also gets me through busy work days. I’d say the charm in this really is the sound: it’s very real and very solid work. The vocals match the instrumentation and the album is consistent, not all over the place chasing different styles. In all, I think it’s just really fun and totally worth listening to."
- Beats and sheets Blog