We are Fucking Angry!
Hardcore Punk Band from Bonn, Germany. Since 2013.


F*cking Angry are the perfect symbiosis of laid-back punk rock rebellion and hysteric hardcore vehemence. Their more or less melodic songs are of course fucking angry but not to be taken too seriously.

Their first LP "Dancing in the Streets" F*cking Angry was published 2015 at RilRec.


"Their energy was sheerly hitting in my back and stomach and my legs started to move uncontrollable. Gabo, the drummer had to work a lot, I can see the hard parts of the songs in his face, but this gave a rather stronger energy to the already existing wall of guitar, the grumbling bass and the deep and straight voice of Beckx... the place to dance was now huge and the guys could pogo and jump as hell. They all knew the band very well and could sing their lyrics."
- Nicholasganz.wordpress.com 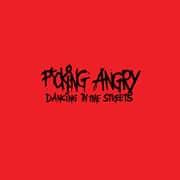 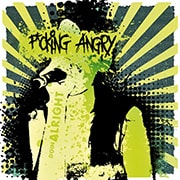 Sheepy from Liverpool play pop punk with mega catchy songs, tight hooks and lovely harmonies. Since 2012 the band toured across the UK, Ireland and Europe.

Songwriter Luke Jones recorded 12 self-produced albums before teaming up with Blang Records. "Predator EP" was the first release, followed by the singles "Glum" and the 7" "Another Day". These songs received national radio airplay on the likes of BBC Radio Two, 6 Music, XFM, plus some national TV play on Soccer AM.

The debut self-titled album was released in January 2014, featuring the well acclaimed singles "These Clothes" and "Don't Know Much". "Wild" EP was released in June 2015, and the single "Wild" was played on XFM and BBC Introducing.


“...effortlessly melodic and insatiably moreish… lo-fi, powerpop and post-punk with a massive pop heart beating at the centre.”
- Sounds XP


“Undertones aura with merest whiff of Nirvana, crumbs of Costello and a few milligrams of Monkees...”
- Mudkiss


"Sheepy, the Liverpool based 3pc who demonstrate that pop music does not have to be the bland, genre void pap that clogs up the charts. With ‘Alarm Bells’ they have abandoned the blueprint, and crafted an album of dark-pop with a luxuriously unsettling edge... Sheepy have a created an energetic short, sharp joyously off kilter belter that should be worthy of your attention."
- Louder than War


"The third single ‘Another Day’ was played thirteen times on BBC 6music, including seven spins from Steve Lamacq alone... having listened to this a good few times trying to find reference points, similarities and the like I have come up with a hotchpotch of names, some dating back to the 60’s, others more recent – I noted down The Kinks, Buzzcocks, The Undertones, The La’s/Brit/Indie pop, perhaps TFC, hints of psychedelia and even The Ramones… The entire album is a kaleidoscopic mix of pops finest reference points, blended with humour and self-depravation; Sheepy are clearly enjoying themselves... Sheepy have crafted a melodic, hook laden classic – a slice of real independence, so adverse and unconcerned as to what is current, to what is gracing the pages of the NME."
- Louder than War


"Earworm pop hooks with a vaguely sinister and cynical lyrical edge, Sheepy are reminiscent of classic guitar groups such as The Replacements, Super Furry Animals and Pixies. Once a solo project now bedecked by a fully-functioning three-piece line up, Sheepy prove themselves impossible to ignore and bounce along to."
- Getintothis

Subhumans were, between 1980-85, one of the most prolific and original of the evolving UK punk scene. Musical influences were a mix of Sex Pistols, Damned, and similar punk originators and prepunk bands like King Crimson and Frank Zappa, which led to a style of punk more intricate in its structure than their contemporaries, without losing the base energy and dynamics of punk.

Dick's lyrics, at once socially aware and heavily critical of social norms, placed them in the anarcho-punk area, alongside Crass, Antisect, Conflict, and Flux of Pink Indians, who released the band's first 3 EPs and their first LP "The Day The Country Died", which became an instant classic.

In '83 they formed their own label, Bluurg Records, and released the "From the Cradle to the Grave" LP after splitting up in '85. By then they'd played 262 gigs including several European tours and 2 in the USA (which was in the 80's a rare achievement for a non-commercially minded band).

Dick went on to join seminal ska-punk-reggae band Culture Shock, and met up with Phil and Trotsky again in Citizen Fish, who have so far recorded 7 LPs of their politipunk-ska songs and clocked up over 1000 gigs across the planet. Then in '98 these 3 ex-Subhumans roped Bruce back in to reform Subhumans, to 'see what it felt like', and, it feeling rather excellent, have kept going with occasional touring and a limited release CD of old unused songs, "Unfinished Business".

Since then, Subhumans have released a new album, "Internal Riot", and toured regularly in Europe, the USA and Australia.

Queens of the Stone Age recorded and released their version of a Subs song 'Wake Up Screaming', and the film director Asia Argento has asked to use Subs music in her adaptation of "The Heart is Deceitful Above All Things".


"Frontman Dick Lucas is totally engaging. There is a fierce intelligence here in his lyrics, his delivery and his between song banter where his passion for the old school punk political hits home. They play fast and there is a wild, feral energy to what they do. They have this punk rock thing so honed down, so perfect - the fluidity of the rhythm section, mind boggling brilliant bass lines from Phil to let yourself go to and Trotsky's stop start drums that never settle for a boring 4/4 when something more exciting will do are so effective. Bruce's rasping punk rock guitar completes the perfect backdrop for Dick's passionate delivery - he works himself up into a sweatshod frenzy as the band hit the stage in top gear and never leave that level of intensity. If you still need any proof of the intelligence and anti establishment smarts in punk rock then the Subhumans are still out there, still meaning something and still making sense in a senseless world."
- Louderthanwar.com

"Considering how long this band have been going it’s incredible how much energy they still display when they play live. Frontman and lyricist Dick Lucas is still an absolute inspiration. Somehow he doesn’t seem to have aged a bit proving that the anarcho punk lifestyle is obviously good for your health. Incredible band."
- Caughtinthecrossfire.com

"Even some 13 years since their previous release, the Subhumans manage to pull an incredible crowd, that is more than willing to join in with many of the songs: affirming the true test of whether a band’s appeal is more than just contemporary. Original fans may feel a little cheated to see 25 past songs included but it serves as a reminder of the quality of music in the not so distant past and will certainly introduce a younger generation to the punk that inspired a whole new musical scene. It seems quite incredible that the Subhumans have managed to produce a record so encompassing of their musical careers, yet take that music to even higher levels. This 5th Fat Wreck Chords 'Live In A Dive' release has to rate as one of the best so far. Quite simply: we need more of this around!"
- Pennyblackmusic.co.uk