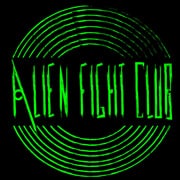 Skassapunka play brilliant and intoxicating Ska-Punk mixed with 2-Tone and a pinch of Pachanga. Exuberant energy on stage and lyrics from life are the ingredients of this young and hot band from Milan.

Since then Skassapunka tour frequently across Europe, play lots of international festivals and already published four albums and several 7"s on Dedolor and KOB Records. They also shared the stage with bands like The Locos, The Real McKenzies, The Bombpops and others.

Their latest album "Adelante" confirmed their status as one of the best Italian ska bands of the last 10 years.

TIn 2019, the band started a collaboration with the Eko Music Group for Ernie Ball products.


“... great Ska-(Street)Punk, with political texts against fascism, state and capital, in the tradition of TALCO, LOS FASTIDIOS, NH3 and RED SKA. On ‘Rudes Against’ SKASSAPUNKA do not need to hide behind these bands. The 14 tracks, enriched with 2Tone excursions, makes your legs move.”
- Ox Fanzine


"On ‘Rudes Against’ Skassapunka reminds a bit of a ‘cocktail’ from their colleagues Talco, Los Fastidios and the US ‘Gypsy-Punks’ Gogol Bordello... The songs reach your ears and especially your legs. Skank danger, good mood music and party accelerators!"
- Awayfromlife.com


“This is fun and can only be recommended to everyone... Very good!”
- Toughmagazine.de


“Against the background of the creeping, political shift to the right in Europe, most of their lyrics sound more modern and up-to-date than ever...”
- Skaworld.de

Since bursting on the scene in 2016 with their debut EP "Vanity Loves Me" IDestroy have seen their infectious brand of punk rock grow from sweaty DIY hometown shows in Bristol, to packed out venues across the UK and Europe.

Their first show outside of their hometown was at Anfi Rock Sound Festival, Spain. They were invited back a year later to perform on the main stage.

Their latest EP release "Pure Joy of Life" has seen them receive bucket loads of support from the likes of Kerrang! & BBC Introducing. Their music video for lead single "Lemons" premiered at Team Rock, whilst Louder Than War claimed “’Lemons’ would be a Top Ten chart-smash in a parallel universe where the Internet Never Happened.”

The trio recently played a two week UK tour as main support for steam punk legends "The Men That Will not Be Blamed For Nothing" before heading off to Germany for a two week headline tour of their own.

It’s no secret that IDestroy love to play live and throw every last drop of energy into doing so. In their short time together they have nearly 200 gigs under their belt. From big stages such as Bristol Pride and Rebellion Festival to acoustic sessions for BBC introducing, Sofar Sounds and Glastonbury Festival, proving there’s not a single thing that can faze them.

IDestroy are now working on their debut album, set for release in 2019. It guarantees to be a hell of a lot of fun and most importantly, loud!


"IDestroy really have delivered the goods with their second EP, an explosion of riotous energy that makes you want to get up and throw something, or possibly yourself, across the room."
- Kerrang! Magazine


“Pure Joy of Life should propel them into the next level - radio, TV, festivals and stardom.”
- Louder Than War


“Punk has never been delivered in quite the way IDestroy do it, it's great to hear old influences and inspirations being taken to fresh new places. I thoroughly enjoyed this party with their punk.”
- MetalTalk