Autogramm is a synth-driven power-pop trio from Vancouver. Their uptempo, vintage new wave sound grew out of bassist's C.C.Voltage, guitarist's Jiffy Marx and drummer The Silo’s shared love of proto-punk and power pop. Guitarist Marx also plays the keyboard, while bass and drums set the rhythm of the song.

If you're a fan of The Cars, The Go Go's, Gary Numan or Devo, you might like what they're doing.

The three had been connected through the Vancouver music scene, sharing stages, friends and even band members in seminal bands like Black Mountain, Destroyer, Lightning Dust, Blood Meridian, The Spitfires, Black Halos and Hard Drugs.

Within a year of forming, they released their first single, made a trip to California which garnered them interest from two different labels and did a west coast tour with Seattle’s Bread & Butter.

Currently the band is celebrating the release of their first full-length “What R U Waiting 4?” on Nevado Music, with several more road trips including a recent tour with Atlanta’s Gringo Star and a handful of upcoming dates with Vancouver’s Needles//Pins.

Autogramm toured the US, Mexico and Europe in 2019, published their fantastic new album "No Rules" in spring 2021 and will tour Europe again in summer 2022.


"Autogramm is not afraid to show their influence and their influence is that exact point where Punk and New Wave merged in 1978. Taking the minimalist hooks from the Cars and the slightly sinister buzz of Tubeway Army, Autogramm crank out a catchy number that not only would fit right at home on an I love the ‘80s soundtrack, but would also put about half of the songs on that tape to shame."
- John Gentile, Punknews, NYC


"The members of Autogramm never abandoned the acts they loved as kids, even during their punk-rock years, when a lot of everything that’s not fast, loud, and snotty gets thrown overboard. Binding the three musicians together was a sincere interest in paying tribute to a fabled late-’70s/early-’80s period in music that they love. The era-specific spectres of lipstick-smeared new wave, grey-hued postpunk, and freak-flag synth-pop hang joyfully over 'What R U Waiting 4?'."
- Mike Usinger, Georgia Straight, Vancouver


"The band’s first full-length 'What R U Waiting 4?' is a polished power-pop record, brimming with sunny, synthy rock songs sporting a smooth 80s sensibility that draws from the Cars and Gary Numan."
- Adam White, Some Party, Niagara Falls


"If you are looking for a kickass new band to pay some attention to, look no further than Autogramm. The band possesses a retro vibe with a decidedly international flavor. From perfectly-crafted radio friendly power-punk songs to indie and new-wave, with many other stops in between, the new album is sure to make instant fans out of anyone that listens."
- Northwest Music Scene, Tacoma


"The two songs on this here 7” are synth heavy, mid-tempo New Wave-y tunes that remind me of something that could have been on the Cars Panorama  LP. If you miss the days when bands like Split Enz and Ultravox roamed the earth in top form, then Autogramm have come to answer you desperate pleas."
- Audio Ammunition, Los Angeles


"CC Voltage lived in Berlin and played in the vintage hardcore band Dysnea Boys before coming back to Vancouver. In German, an autogramm is an autograph. Goes well with the kind of German new wave vibe of songs such as Peter Pan. It sort of reminds me of After the Fire’s Der Kommissar."
- Stuart Derdeyn, Vancouver Sun, Vancouver


"If you've been hankering after some old school Tubeway army style alt-punk, then get an ear full of this: it’s the Cars driving Numan around listening to some real ‘80s radio before checking out Duncan Reid - it's that catchy."
- Uber Rock, U.K.


"These guys hail from Vancouver and have turned in two synth laced, new wave pop songs that sound like they're straight out of 1979. Like The Cars, Autogramm have a strong pop structure at the root of both songs."
- I Buy Too Many Records, New Jersey


"Is there a new wave of new wave? Let’s hope so, because this new Autogramm  single is killer! If your love of new wave is the combination of power pop injected with synths, bands like The Cars, 20/20, The Motors, and the like, then Vancouver’s Autogramm hits a home run here."
- 50 Third and 3rd, Manhattan


"In style and substance they bring to mind The Cars. A lot of people may not like that comparison—hell the band may not even like it—but I do mean it as a high compliment. The chorus is on repeat in my brain and I don’t have a problem with that."
- Razorcake, Los Angeles 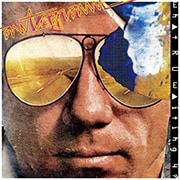 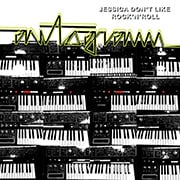