The Subhumans and the Autogramm tour both start on July 19th! Also IDestroy will come over for two shows this weekend:

“Autogramm is not afraid to show their influence and their influence is that exact point where Punk and New Wave merged in 1978. Taking the minimalist hooks from the Cars and the slightly sinister buzz of Tubeway Army, Autogramm crank out a catchy number that not only would fit right at home on an I love the ‘80s soundtrack, but would also put about half of the songs on that tape to shame.”
– John Gentile, Punknews, NYC

“Considering how long this band have been going it’s incredible how much energy they still display when they play live. Frontman and lyricist Dick Lucas is still an absolute inspiration. Somehow he doesn’t seem to have aged a bit proving that the anarcho punk lifestyle is obviously good for your health. Incredible band.”
– Caughtinthecrossfire.com 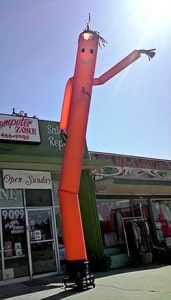